H.D. Hobson Cup (for the Club with the highest percentage increase in membership, first presented in the Federation in 1975)

David Palij Award: Awarded for Charity/Community Work done in a particular year, but not necessarily based on the amount of money raised. The Trophy was presented in memory of the late David Palij, a severely disabled victim of thalidomide who worked in the YFC Office during 1983 until his tragic death in a road accident at the age of 21.

A trophy awarded by Norman Manifold, and first presented in 1995.  This award is presented to the Club gaining the highest number of points within the Club Efficiency Competition for the following element – Promoting your Club and Participation and Engagement in Club, County and Community Events.

Scrapbook Award: First presented in 1992 and given to the Federation by the Vice Chairman of Staffordshire County Council, Mr J E Roberts.

Most Improved Club – Competitions Cup (This is an award given to the club that has improved the most in Competitions from the 2016/2017 year). First presented for YFC use in 1996 and was given to the Federation by the Staffordshire branch of the NFU.

Small Clubs Trophy (This is an award given to the club out of the five smallest clubs in the County with regard to membership, who have achieved the most points throughout the year for competitions.)  Trophy given to the Federation by the County NFU in 1996.

Well done to everyone who took part, and placed individually. It was brilliant to see so many new faces having a go.

The overall results were:

Thank you to The Farmers Arms, for hosting the results and putting on an excellent buffet, to T G Sargeants, to our judges- Matt, Pete and Simon, to our scorers and the stewards.

Further pictures can be found in our Carcase Judging gallery 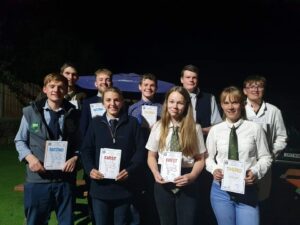 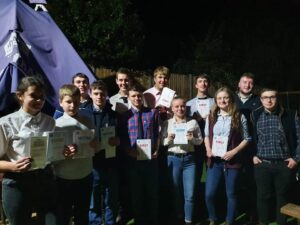 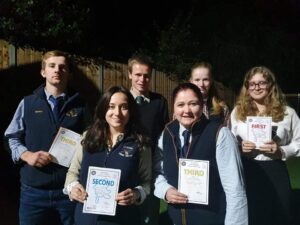 Sunday, October 3rd, 2021
A fantastic day at 5-a-side football, even if we did get exposed to the true British weather

We had 6 teams entered in the Men’s league, which placed as follows:

Eccleshall Young Farmers
In the female league, we had 6 teams playing, which placed as follows:

Cheadle Young Farmers
Well done to everyone who took part in today’s competition, and a special thank you to Powerleague for hosting us and running the day so efficiently 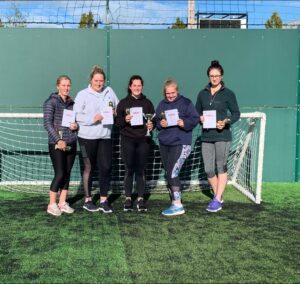 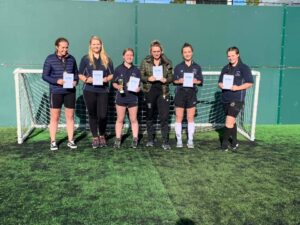 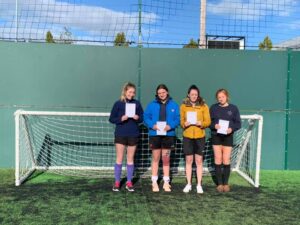 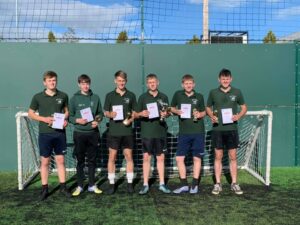 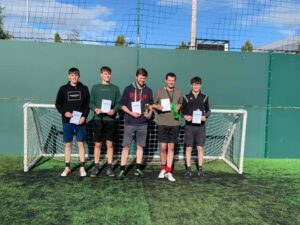 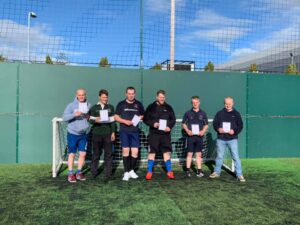 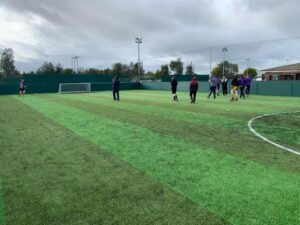 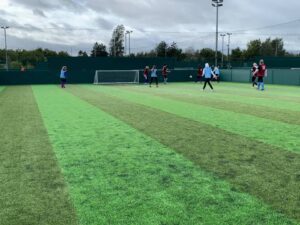 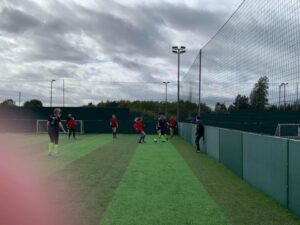 The first place team goes forward to the WMA round in Summer 2022.

Many thanks to the judges, stewards and everyone that contributed to the competition – as ever much appreciated 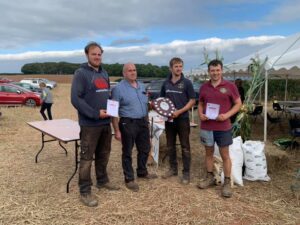 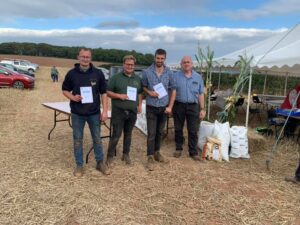 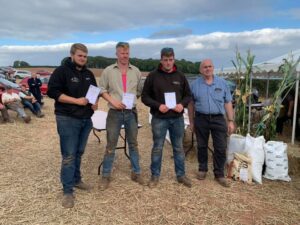 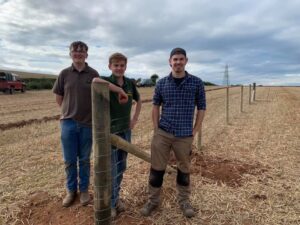 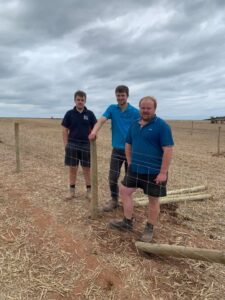 Back after a year off from Stafford County Show, Staffordshire Young Farmers take to the main ring with record crowds enjoying the blazing sunshine on day two, Thursday 26th August 2021.  They held their annual Young Farmers’ Show Float Competition with the theme this year being “80’s films”, which meant for plenty of construction, colour and fun on each float as they created some of the most well-known films from an era which many of them cannot even remember!   The sponsor of the competition, BD Fuels of Hixon kindly judged the floats before and during their journey into the main ring of the County Showground.  This prestigious competition, the highlight of the YFC calendar and one of the most popular ran by Staffordshire Young Farmers, draws the largest crowd to the main. This year clubs managed to still create them in the six-week window once all restrictions were fully lifted following covid 19.

Led in the main ring by a JCB on loan from C Wheawall Contractors, the Overall Float Competition was won by Stone Young Farmers who created scenes from the 1982 film, “ET!”  Their float was complete with an elevating bike and inflatable aliens.   This was a very big achievement for this club who only reformed after covid 19 early in May of this year.   Second place was awarded to Cheadle YFC who recreated the film “Grease 2” also from 1982 which made for a very lively spectacle with music, T-Birds and Pink Ladies.    In third place was Chase YFC this year, who bought the classic film “Dirty Dancing” to the main ring from 1987.   Their float had some great scenery and artwork including the famous dance bridge.  Fourth place was awarded to Uttoxeter JNFU for their depiction of the 1984 film, “Indiana Jones” which saw members in safari outfits complete with a spinning man and mineshaft! 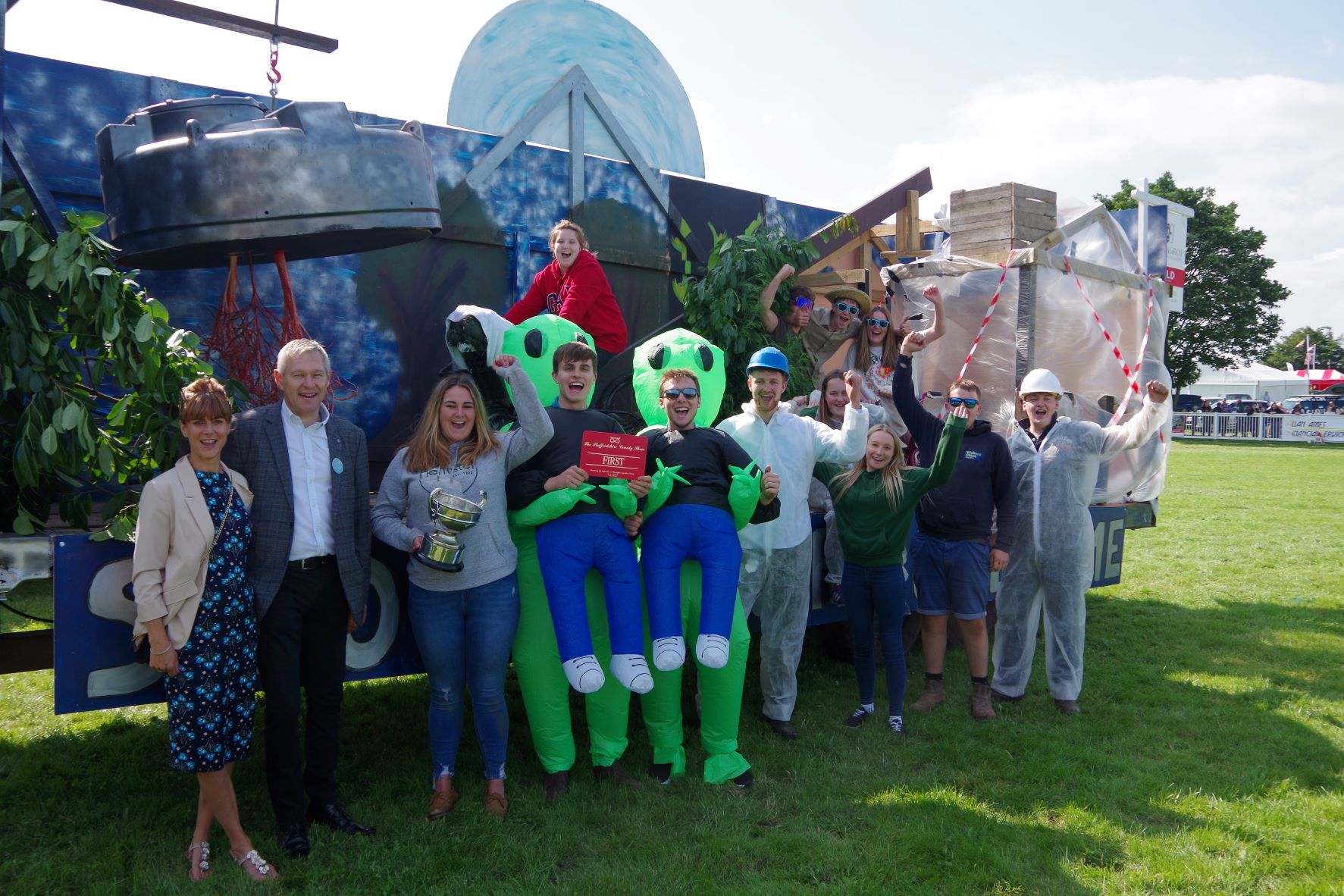 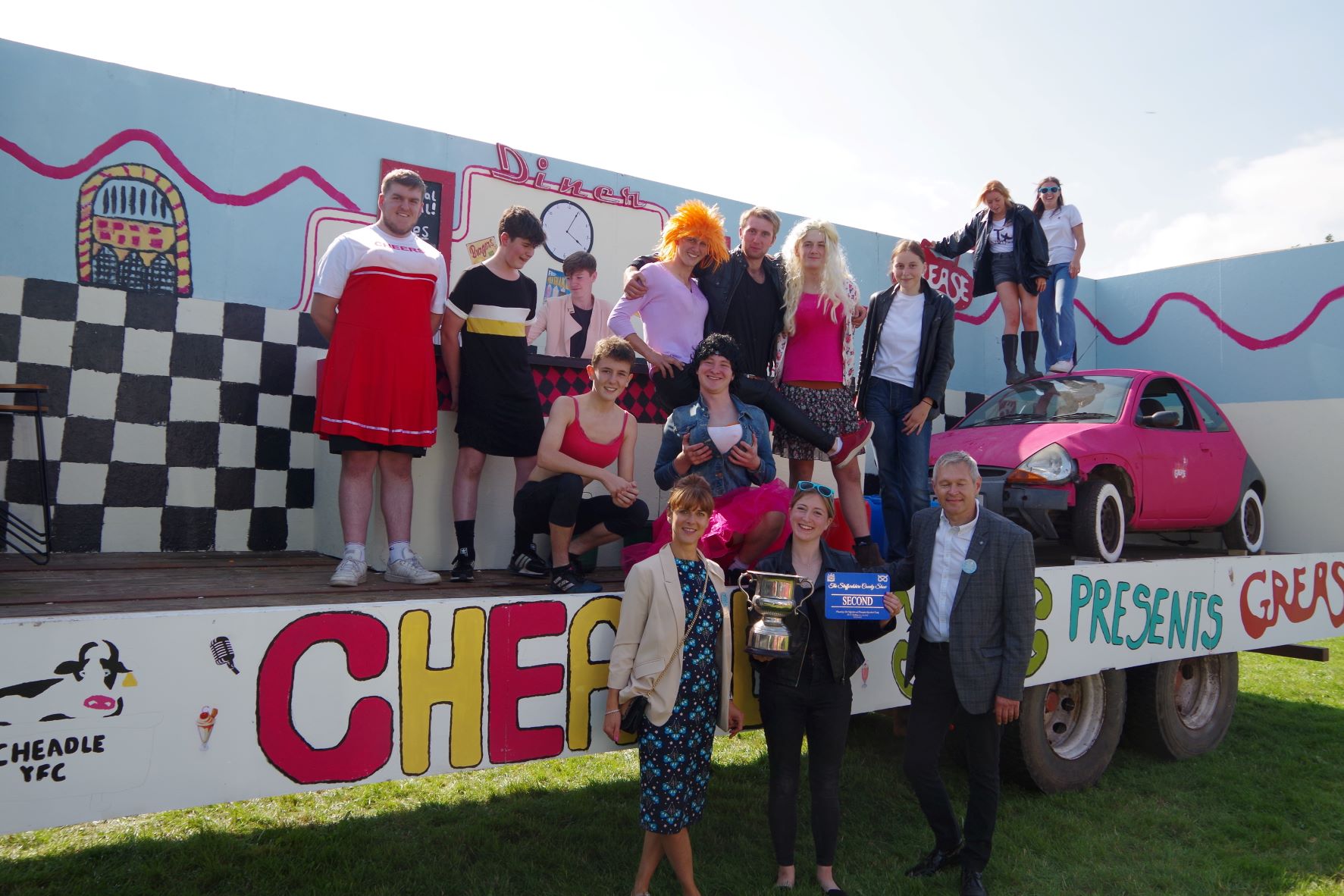 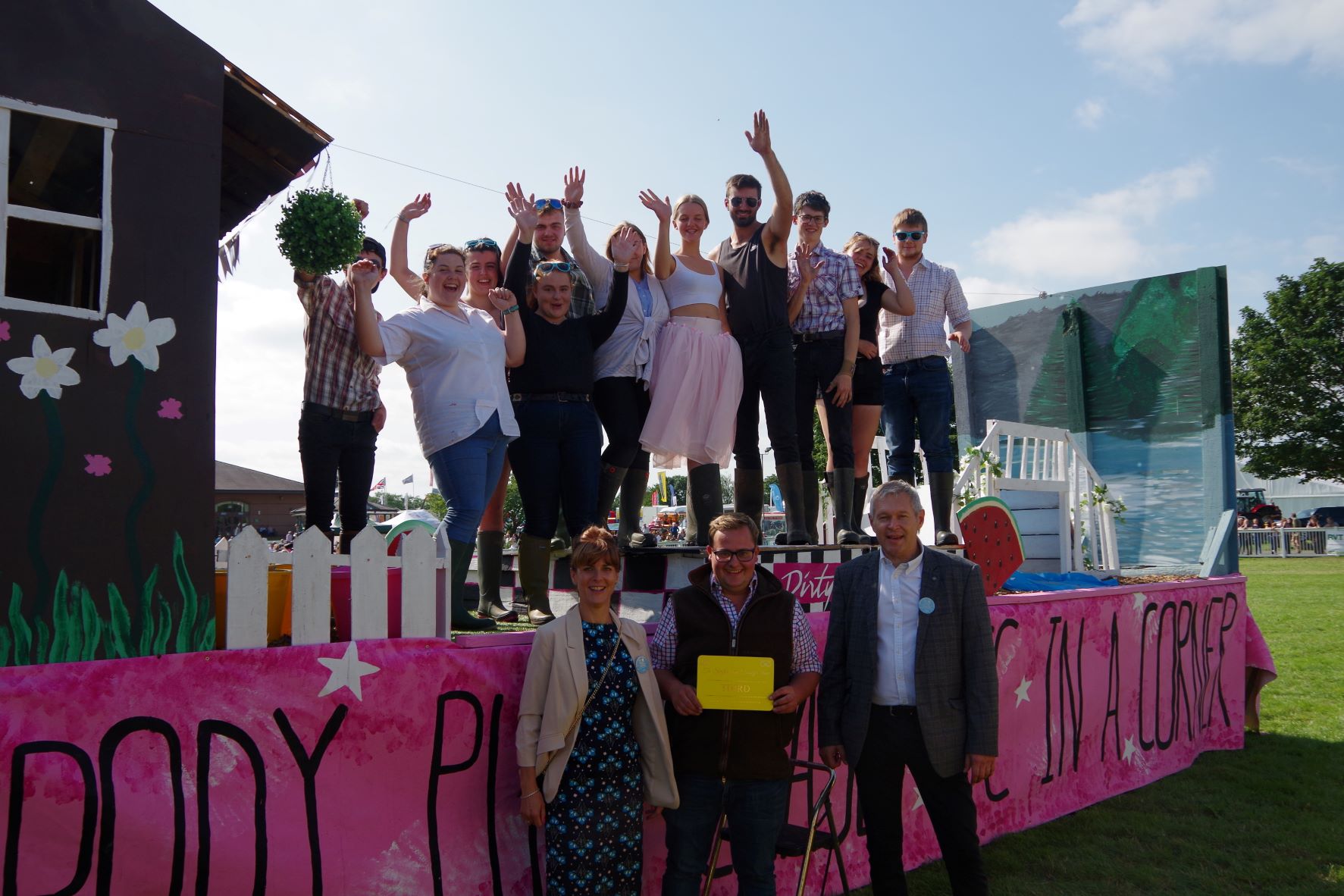 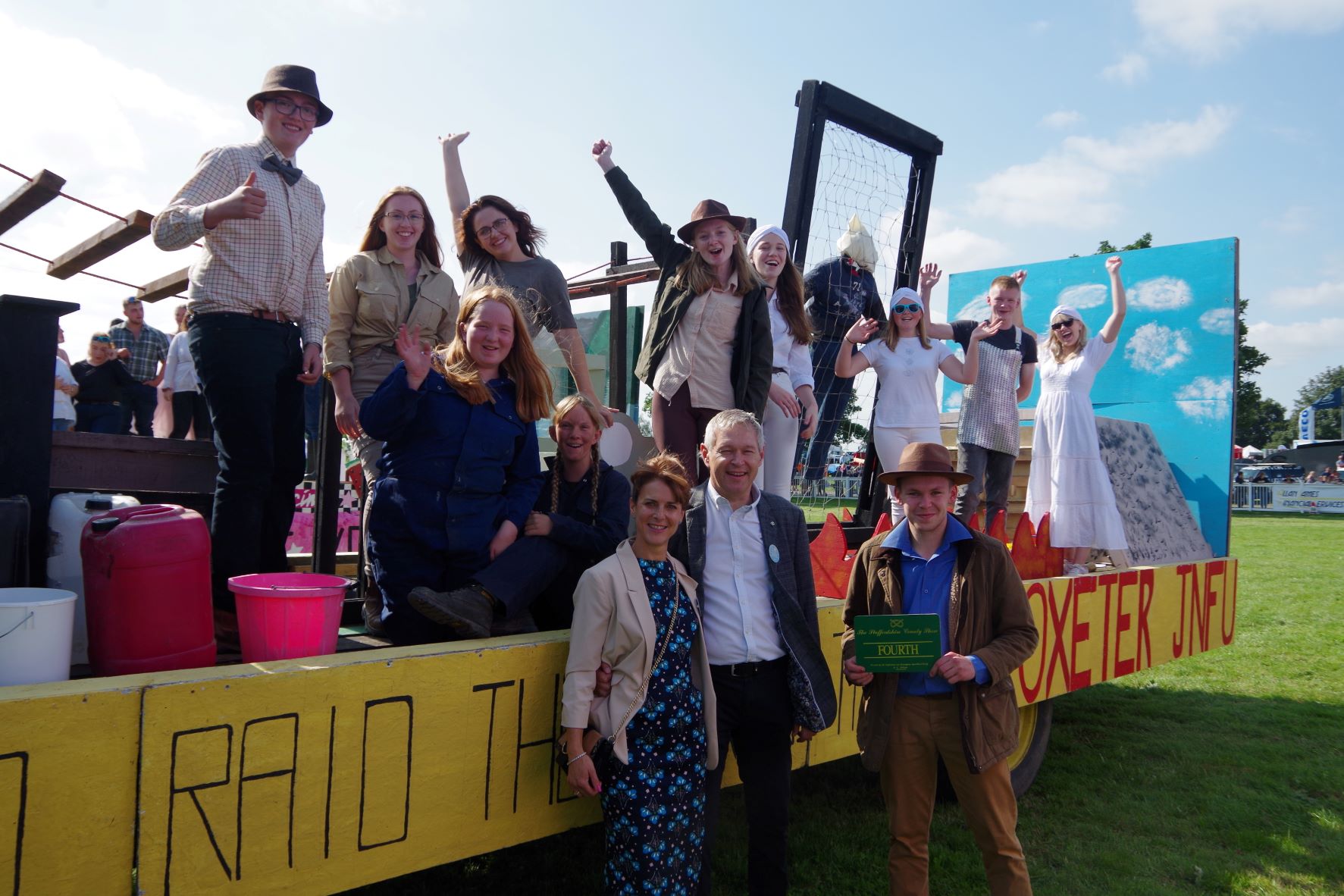 Stone Young Farmers were also awarded the Best Name Board Shield for their well designed and colourful sign and they were closely followed by Eccleshall Young Farmers, with their sign themed to “Crocodile Dundee” as the runners up. This part of the competition was judged by Mr T Packwood and Miss V Glover, Vice Chairman and Mr & Mrs T Parrot, Vice President of the Staffordshire & Birmingham Agricultural Society.

Members on the Show Floats from nine clubs entertained the huge crowds and judges as they circled the Main Ring.  After the year that everyone has experienced and the limitations to the clubs being able to meet Staffordshire YFC members thoroughly enjoy providing this entertainment to the general public and raising their profile, as a rural youth organisation which is all about fun, teamwork, learning and opportunities for anyone aged 10 to 28 years.  After circling the ring in the heat, members were so pleased to get stuck into the water fight to cool down.

Staffordshire YFC has had an amazing two days at this year’s County Show.  Their “Best of Staffordshire YFC” themed marquee has been full with people over the two days as members have put on a full programme of activities and competitions for everyone to enjoy.  County Chairlady, Amy Boothby commented that “We have had a great two days at the County Show promoting what YFC is all about.  The Show Floats were a fantastic and impressive display of skills including artwork, construction and obviously teamwork for weeks beforehand.  We have attracted a brilliant crowd of supporters of all ages which makes for a lovely atmosphere at the show. All the clubs have worked so hard towards this week and this has definitely paid off.”

The Wednesday of the County Show saw clubs from around the County compete for the Tug of War silverware, the results were: 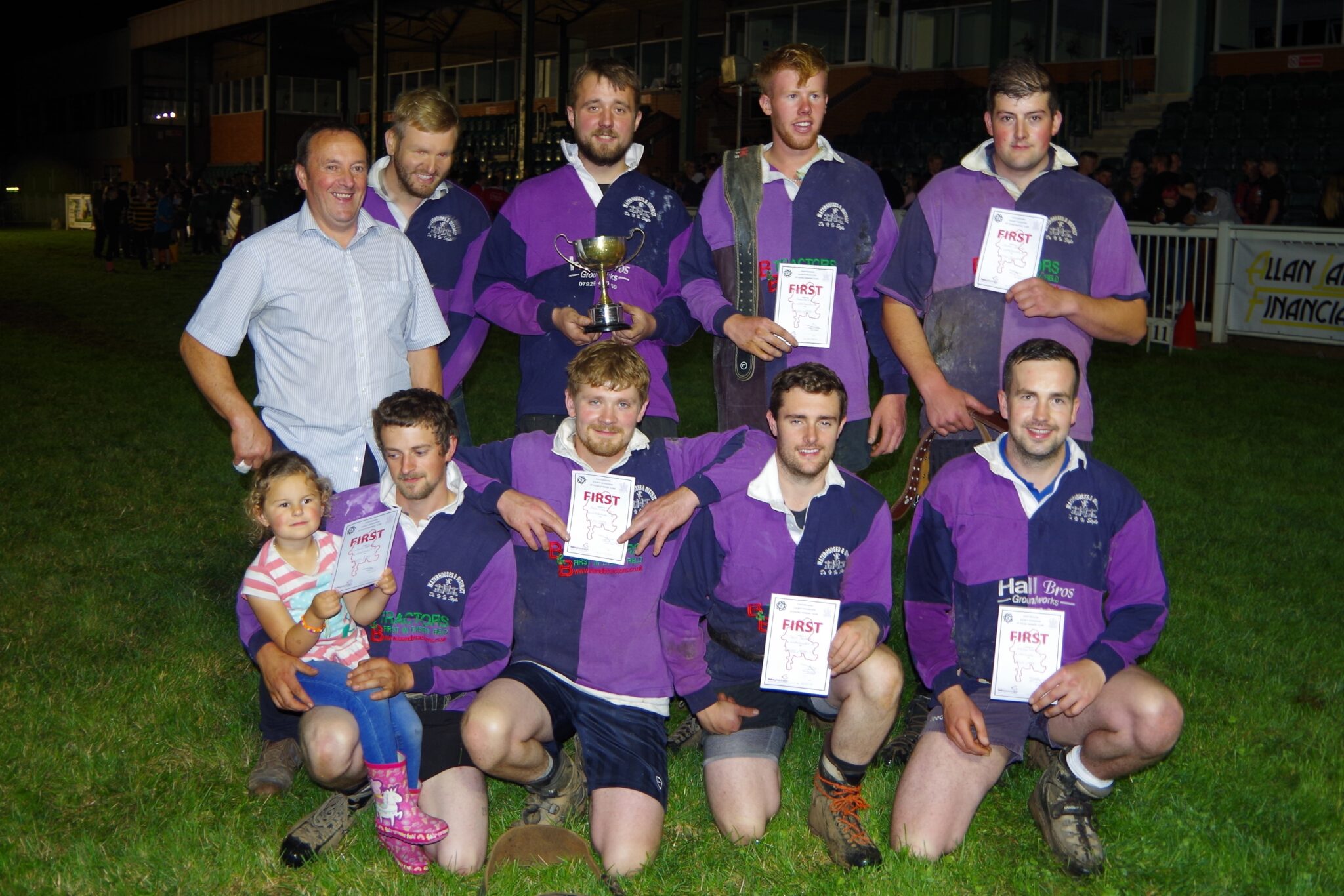 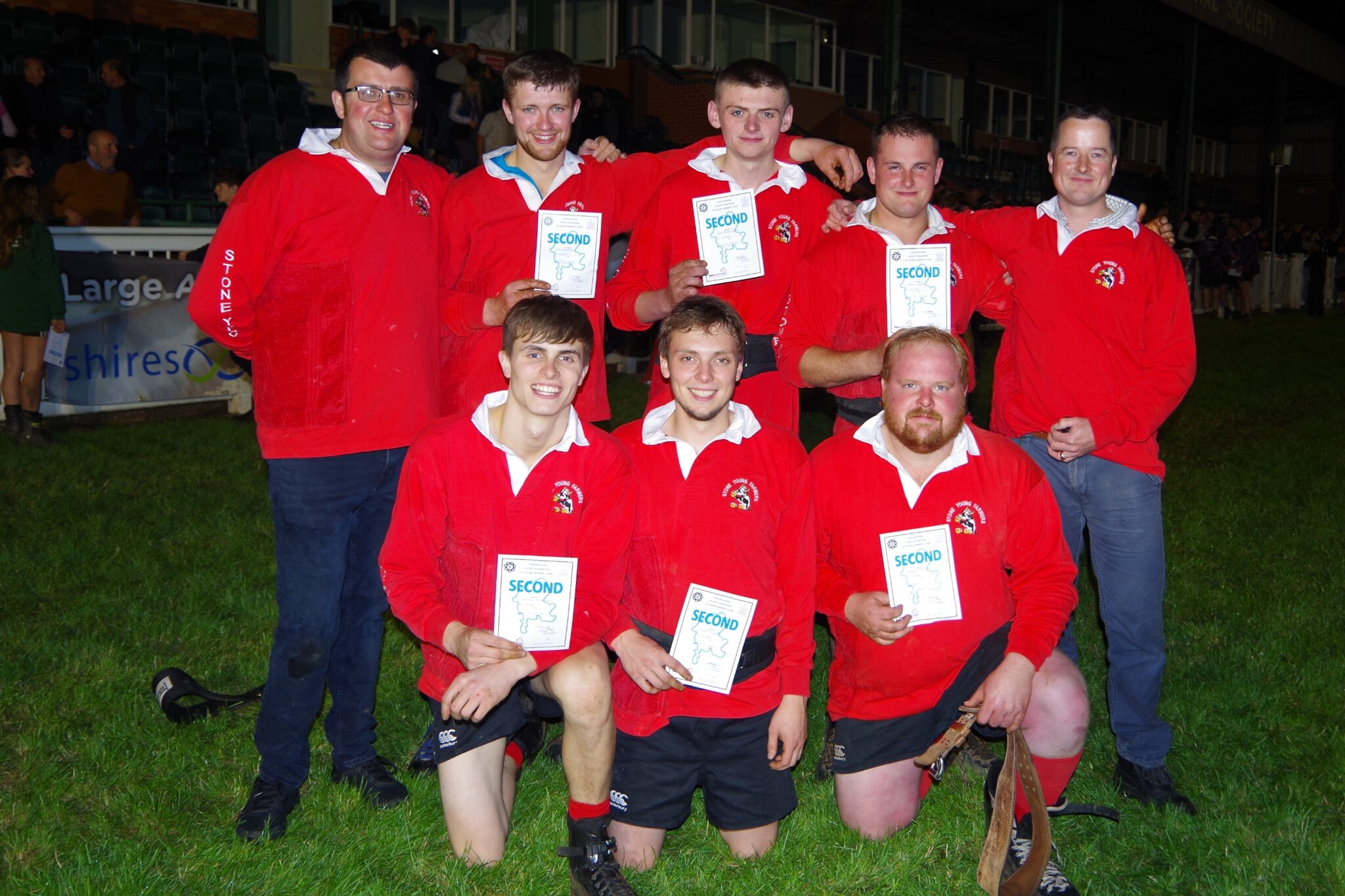 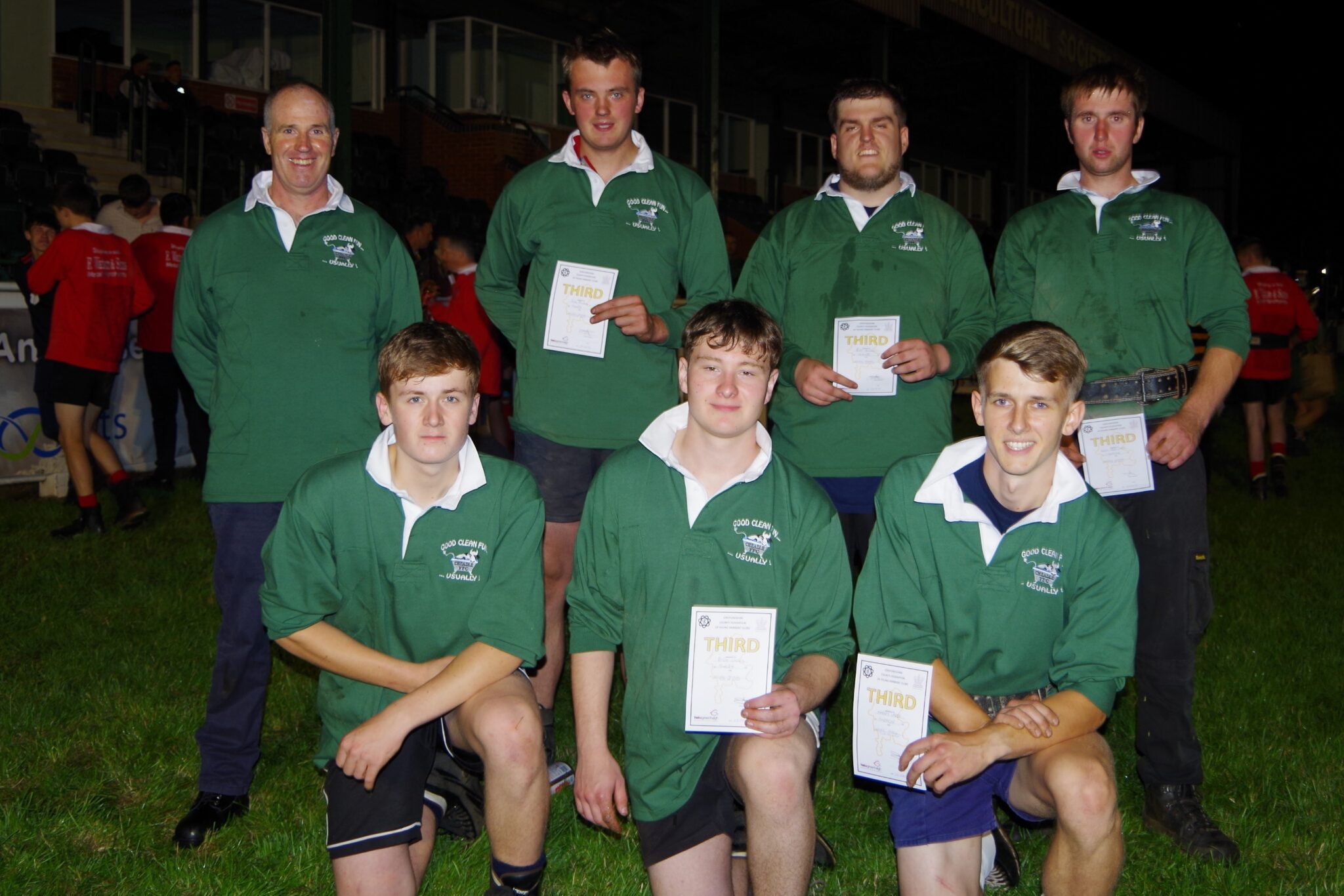 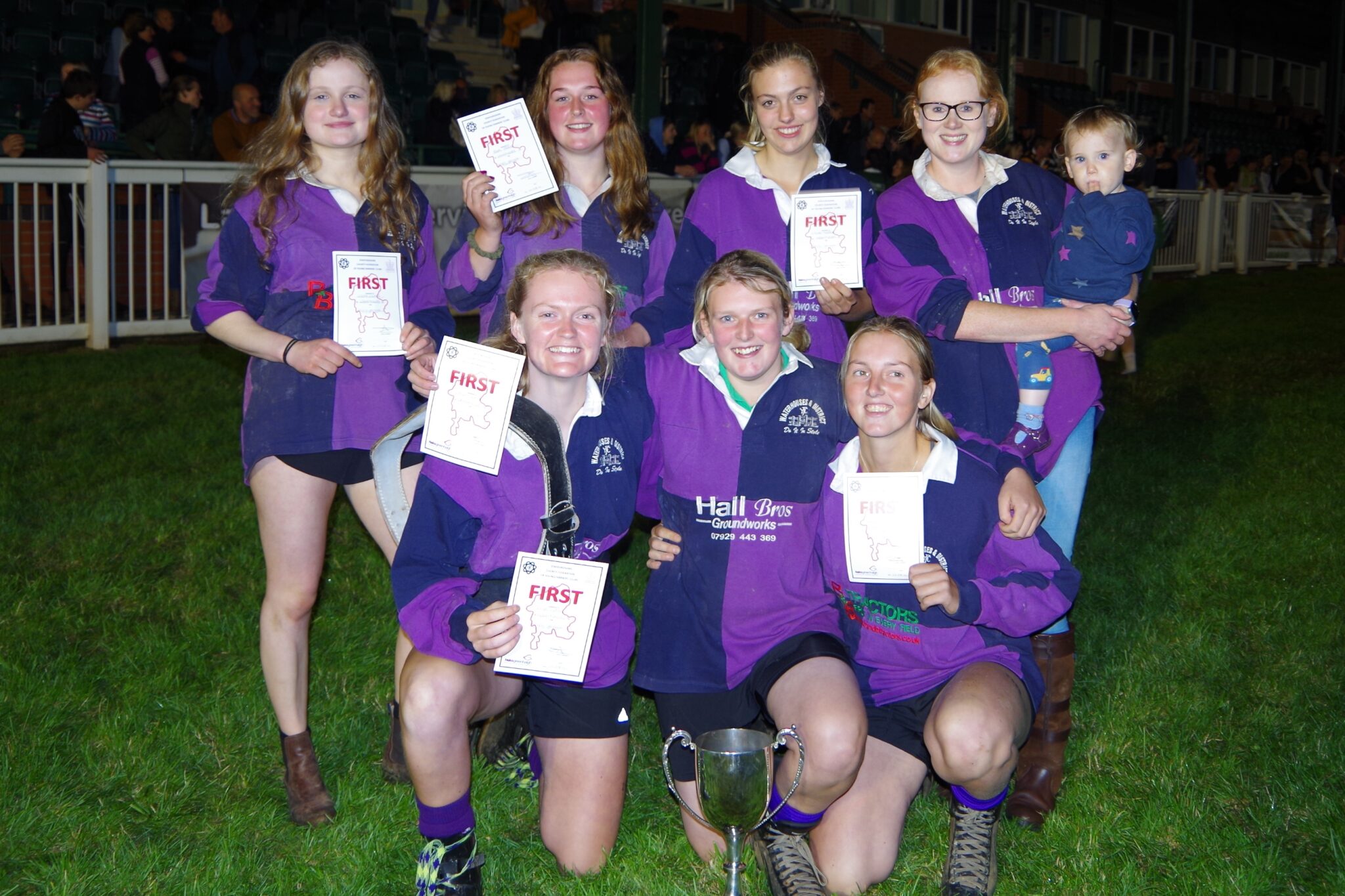 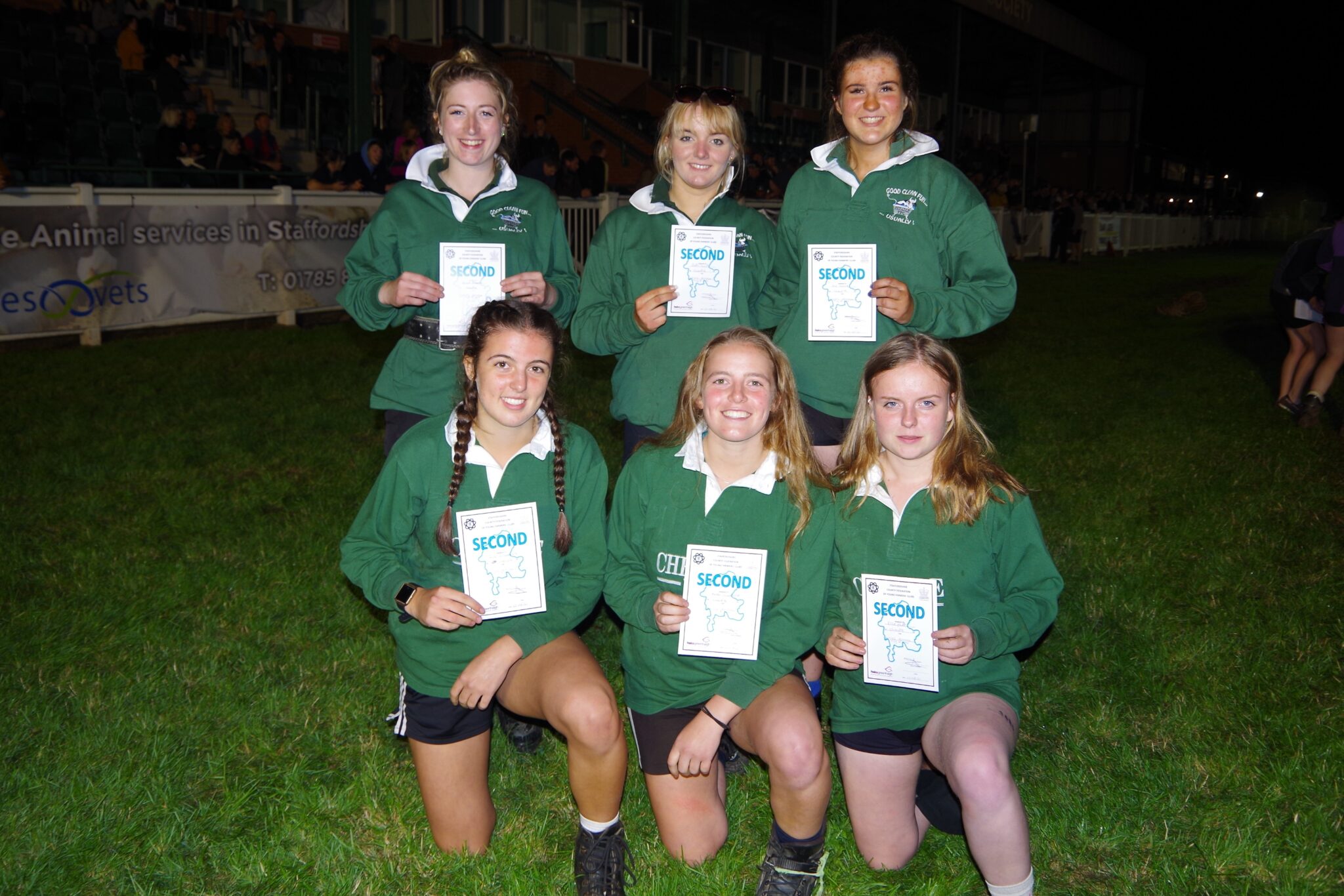 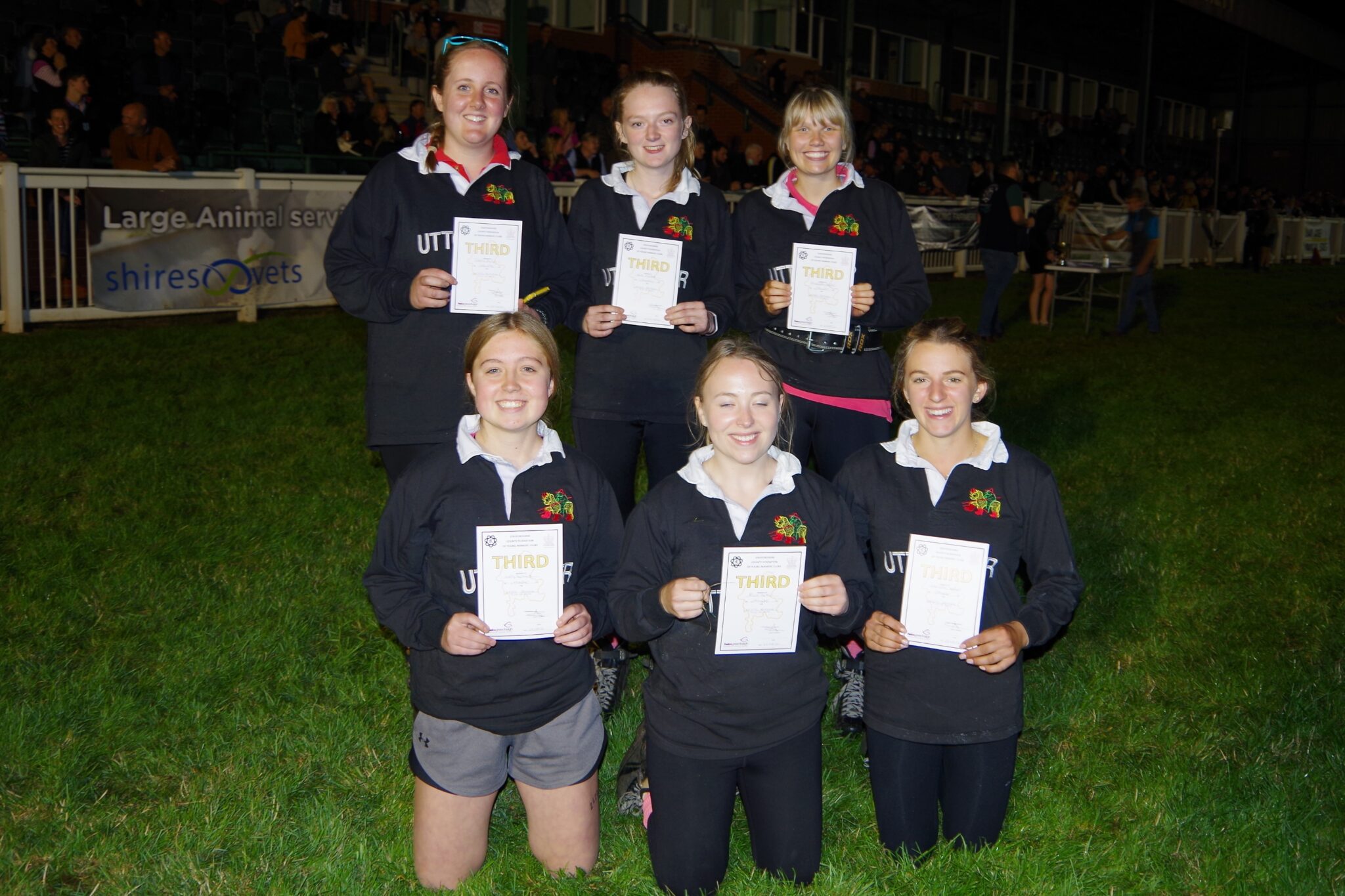 Take a look at the photos

Each Club has 1m x 1m cube to promote their Club at this years Stafford County Show, the displays are judged and the results were:

The Pre Show Reception saw the results from the following competitions: 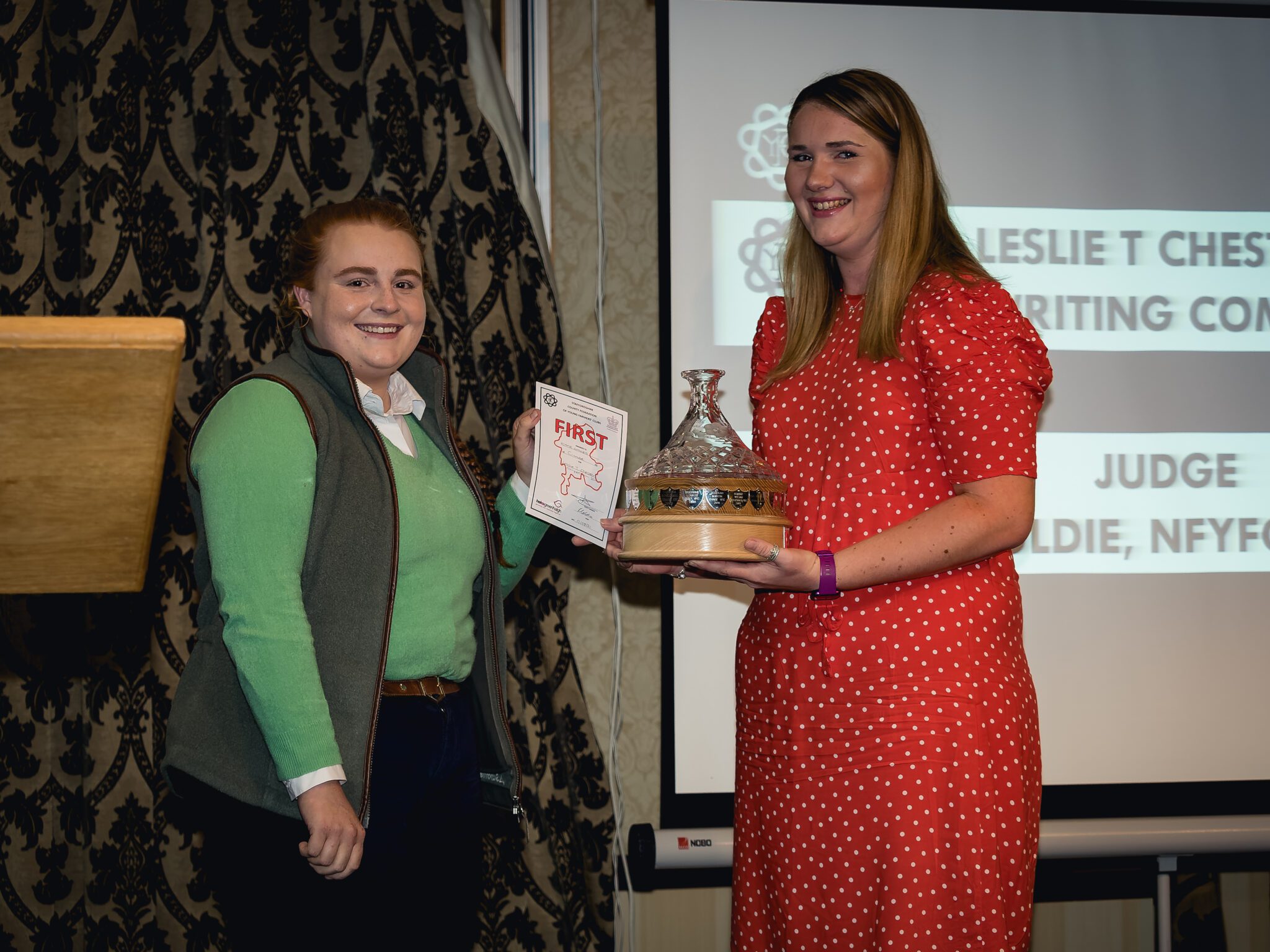 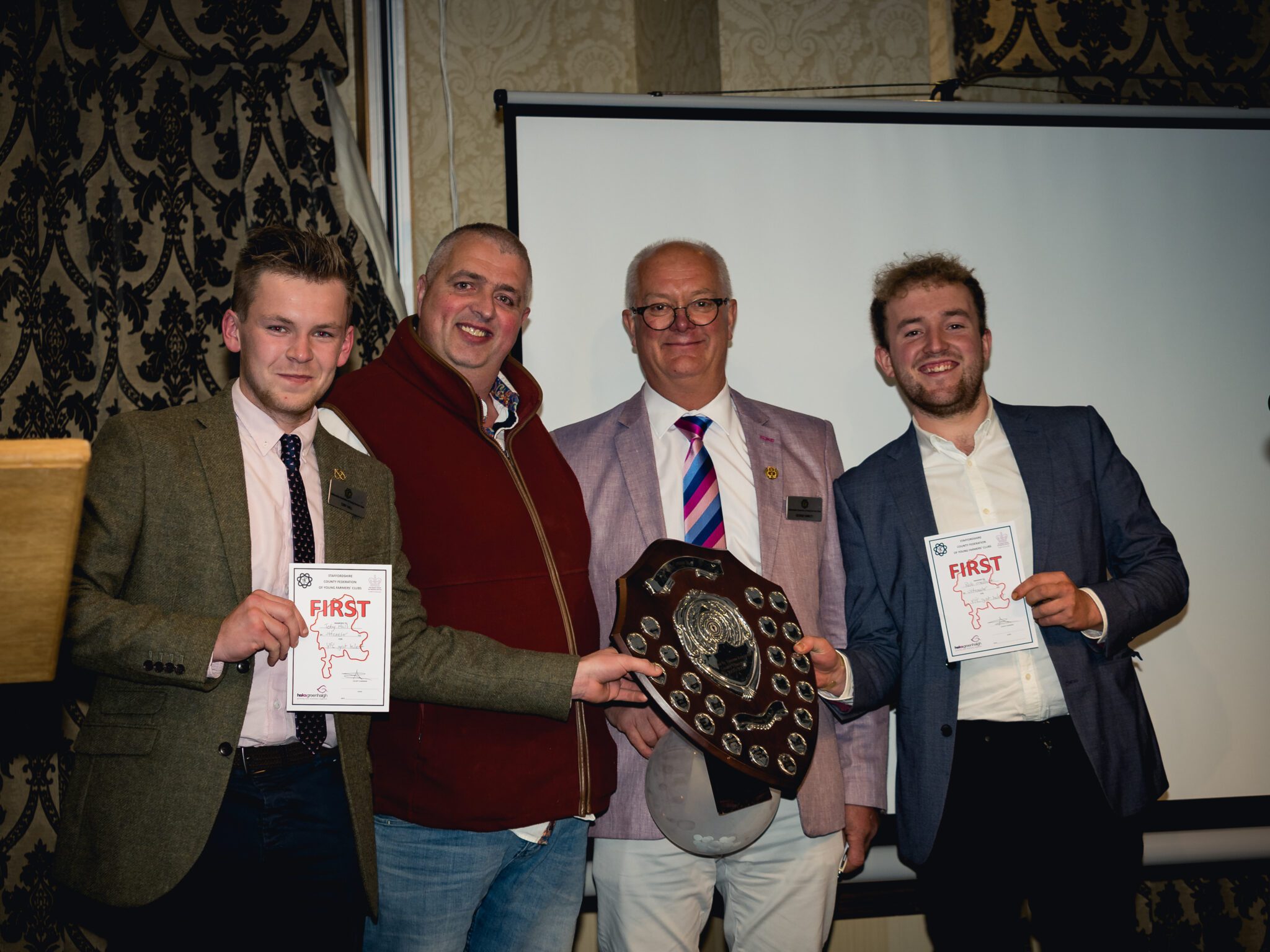 Eight teams travelled to Midlands Karting, Fradley for the popular Go Karting Competition.  Following a morning of racing the results went to: 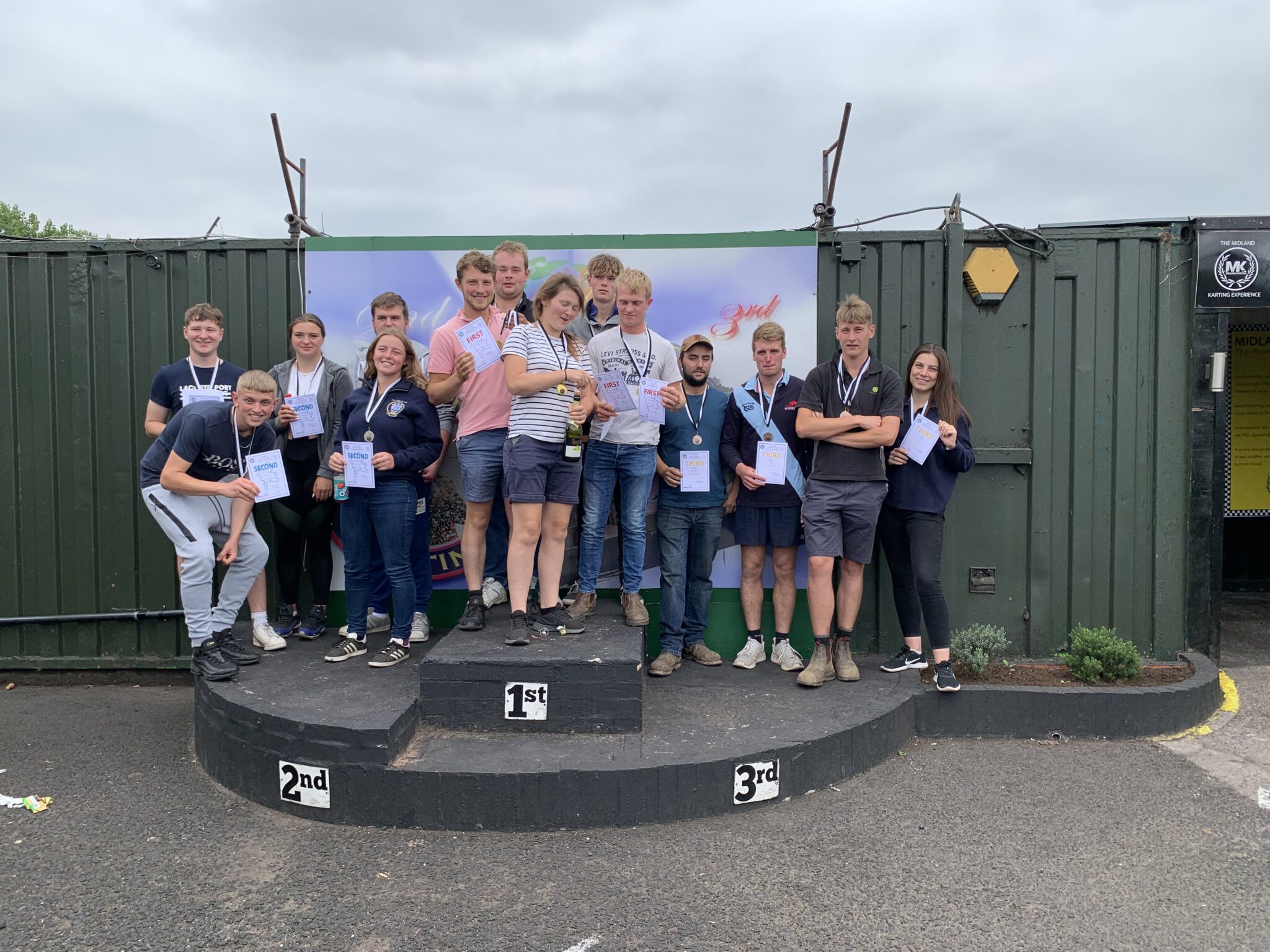 Photos from the day can be found HERE