Stockman of the Year successes 2019! 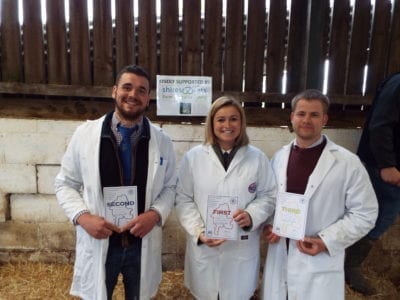 Once the team points had been combined, the clubs were positioned as follows:
Junior Overall Young Stockjudge Team of the Year – 1st Chase YFC, 2nd Uttoxeter JNFU, 3rd Leek YFC

Stockjudging is one of the many competitions organised by Staffordshire YFC and gives members the opportunity to utilise their skills with regards to judging and understanding of the make-up of an animal, market demands, and communication, observation and presentation skills which are transferrable in their future career or education path.

County Chairman, Polly Baines said “This year were really pleased to have our Stockjudging Competitions Day supported by Shires Vets, who came along and gave competitors an array of free gifts and encouraged the members who were taking part. The top three Overall Winners in each age category also received prize money which is kindly sponsored by The Staffordshire and Birmingham Agricultural Society. This has helped to make the day a great success for everyone who has taken part.”

A composite team made up of the highest placed competitors in each again category will go forward and represent Staffordshire YFC at the West Midland Area eliminator on Sunday 30th June, hosted by Herefordshire YFC.