Spring Round Up of Staffordshire YFC! 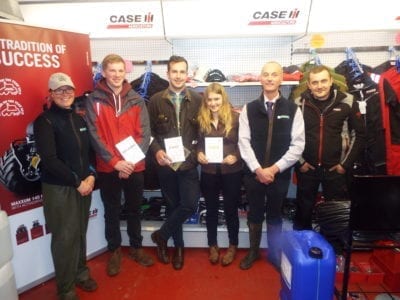 The first three months of 2019 have not stopped for the busy members of Staffordshire County Federation of Young Farmers Clubs (SCFYFC), who have already held nine of their County Competitions, hosted a day of Public Speaking Competitions for the West Midlands Area as well as organising a successful Turnout Ball in February and rounding off the social events with the County Dinner Dance in March.

Back in January the New Year started with 13 team’s competition at Stafford Ten Pin for the Annual Ten Pin Bowling Competition. It was straight into the County Quiz as the second competition of January, and this time 20 teams from across the County were challenged to quiz rounds on general knowledge, travel, famous faces and music. Later that same week Eccleshall and Uttoxeter met to take part in the County Debating Competition, with Eccleshall taking first place and heading to the West Midlands Area round of the competition which Staffordshire YFC were hosting in February.

February saw SCFYFC hold a Clay Pigeon Shooting Competition over at Doveridge Clay Sports and then later that month the Darts Competition was held in Leek. The County Ball was held at The Ingestre Suite, County Showground with just over 300 members and guests enjoying DJ Tom Bowers, ex Harper Student and member of Eccleshall YFC keeping the dancefloor filled. Rounding off a very busy February, Staffordshire YFC hosted their fellow West Midlands Area counties with seven competitions including Junior Speaking, Senior Debating and a Show Choir Competition. Eccleshall YFC kept up their winning streak on this day and will be taking part in the NFYFC Finals of the Show Choir Competition which is also held on the County Showground on 6th July.

The County round of the Cookery Competition was held in March which this year was kindly supported by Like Nanna Made. From baking to sport, there is nothing that Staffordshire YFC members won’t have a go at. Later in March, clubs took part in the County Volleyball Competition over at Madeley High School, Newcastle. Then rounding off the month, they held a Pool Competition, Silage Judging Competition and in the mix there was an Irish Night held over at Checkley Village Hall where members let their hair down in true YFC style!

April has already started with the sound of the hammer and gavel being knocked down, as 11 members had a go at a brand new competition, Auctioneering, held by kind permission of Johnsons of Cheadle, with expert judges, Mark and Meg Elliott of Bagshaws Llp giving some excellent advice and encouragement on the night. Waterhouses member, George Goodwin will go forward to represent Staffordshire in the West Midlands Area round which is held at the Three Counties Show in June. Members also “flinged themselves into spring” with their traditional event, a Spring Fling Disco, held for members across the county over a Lower Loxley by kind permission of the Phillips Family. A great night was had by all those who came.

Staffordshire YFC is looking to recruit more members for all of its ten clubs in the coming months, and is holding a One Big Social Night on Thursday 18th April where members “past, present and potential” are invited to come and meet with Club Officers from each of the ten clubs – Abbotsholme, Ashley, Chase, Cheadle, Eccleshall, Leek, Lichfield, Stone, Uttoxeter and Waterhouses. The federation had 561 members currently aged 10 years – 26 years of age. In order to continue with double representation on an area and national level at competitions and meetings, they need to have 601 members by the end of August.

County Chairlady Polly Baines said, “With a fully packed calendar of events and opportunities left in the year, it is the ideal time for a new member to try out Staffordshire YFC to open their social life. There is the Annual Rally on 4th May with 38 competitions and fun activities being held and then the County Show week from Wednesday 29th May to Thursday 30th May is always a great way to get involved in YFC. The Show Floats Competition is the highlight of the Staffordshire YFC Competitions Calendar, and with the theme of Disney, the main ring is going to be a spectacular sight of classic films and characters. Any member who joins on the night of 18th April will receive either a Free Show Dance Ticket (16 years and over) or a Joules Sale Ticket (10 – 15 years.) We can’t wait to welcome lots of new members along.”

To get involved in Staffordshire YFC, contact the County Organiser, Julia Taylor on 01785 248645 or email organiser@staffyoungfarmers.org.uk.