6 Clubs took in this years competition, with the results being:

6 entries were received were the ‘500’ word story competition, each entry had to incorporte 15 specific words.  The winners of the competition were:

After a full on day of competitions ranging from Potato Launching to Floral Art….. The Overall Results for the silverware were as follows:

For all the photos from a brilliant Rally Day held by kind permission of The Lea & Baines Family, please click here

Stockman of the Year successes 2019!

Once the team points had been combined, the clubs were positioned as follows:
Junior Overall Young Stockjudge Team of the Year – 1st Chase YFC, 2nd Uttoxeter JNFU, 3rd Leek YFC

Stockjudging is one of the many competitions organised by Staffordshire YFC and gives members the opportunity to utilise their skills with regards to judging and understanding of the make-up of an animal, market demands, and communication, observation and presentation skills which are transferrable in their future career or education path.

County Chairman, Polly Baines said “This year were really pleased to have our Stockjudging Competitions Day supported by Shires Vets, who came along and gave competitors an array of free gifts and encouraged the members who were taking part. The top three Overall Winners in each age category also received prize money which is kindly sponsored by The Staffordshire and Birmingham Agricultural Society. This has helped to make the day a great success for everyone who has taken part.”

A composite team made up of the highest placed competitors in each again category will go forward and represent Staffordshire YFC at the West Midland Area eliminator on Sunday 30th June, hosted by Herefordshire YFC.

This years competition was held by kind permission of Phil & Sarah Heath of Foker Farm, Leek.  10 teams took part which involved judging, placing and giving reason on a ring of 4 dairy cows, the results on the night were:

The first time Staffordshire YFC have held  a Auctioneering Competition and it was a huge success with 11 members from across the County taking part.  Each competitor had to describe and value 6 lots, varying from a pressure washer to a T707 New Holland Tractor!  They then had to choose 3 items to auction off in a mock auction.

Thank you also goes to Johnson’s of Cheadle for hosting the event and Bagshaws for their support. 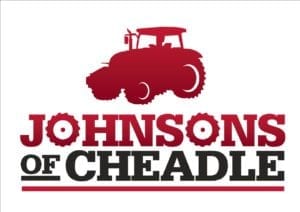 Saturday 23rd March saw 12 teams from the County travel to the Ridware area for the silage competition.  Each team had to judge and score three clamps of silage on three different farms along with giving reasons back to the master judge.  The results on the day were:

After the competition, competitors enjoyed a well deserved carvery at The Bull & Spectacles, a big thank you goes to ACT Wessex Animal Health who kindly sponsored the Competition.

9  Clubs took part in this years Indoor Cricket League, starting in January over nine weeks, this years results are: 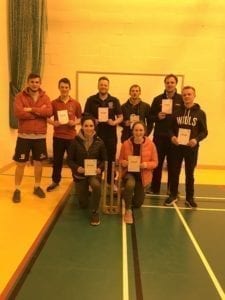 Eight teams from around the County took part in the County Cookery Competition, the results were:

Thank you also goes to:

Barbers Rural for providing shopping bags and lists for the competitors.

A full house of 21 teams took part in the Pool Competition at Tenpin Stafford, the results were: